Toll Gate Creek Chapter, NSDAR, has been involved with historic preservation since the beginning of its history. In 2018, we designated two sites as DAR Historic Sites: DeLaney Farm Historic District and Centennial House. Toll Gate Creek has worked as a chapter to help maintain both sites. The chapter supplied funds to help with the signage at DeLaney Farm and we spend our Day of Service each year working at the historic site. We also contribute on other days, such as decorating both sites for the holidays.

There is also a DAR marker at Coal Creek School that was placed by Toll Gate Creek Chapter and the Colorado State Society, NSDAR.

At Centennial House we are in the process of replacing the signage at the site and have spent many hours working in the garden at the house.

Eliza Routt was a pioneer in the struggle for women’s rights. As the wife of John Routt, Colorado’s first State Governor, she became Colorado’s first First Lady. Routt joined the Non-Partisan Suffrage Association of Colorado and served as president of the City League of Denver branch. After women’s suffrage passed in Colorado in 1893 and in honor of her tireless work, Routt became the first woman registered to vote in the Centennial State. She set the standard for Colorado’s first ladies and the state’s newly enfranchised women by performing community and public service without fanfare or pretense.

Eliza was an activist who helped settle and build a civilized community in the early days of Denver and the fledgling state. As a member of the Ladies Relief Society, Routt helped establish the Old Ladies Home and was instrumental in obtaining a building for the Women’s Home Club (which became the YWCA). This building provided a safe residence for young women. She was a co-founder of and donor to the Denver Orphans Home Association in 1881. She is buried at historic Riverside Cemetery. 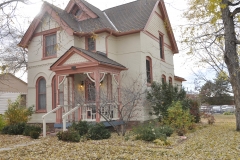 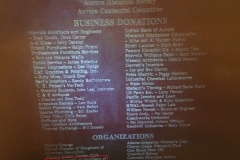 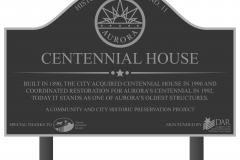 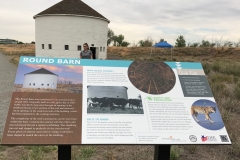 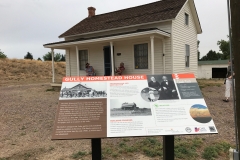 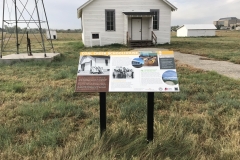 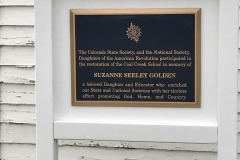 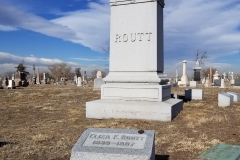 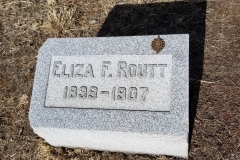 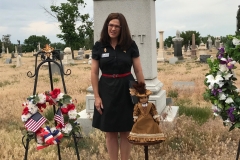